Mindfulness Means Not Hitting Someone in the Mouth

I recently read an article that was a Q & A with a wonderful meditation teacher/writer/thinker, Sharon Salzburg (also, a co-founder of the Insight Meditation Society), in which she referred to an old New York Times piece about a mindfulness pilot program in a fourth grade classroom in Oakland, California.

Asked to define mindfulness, one of the kids (9 or 10 years old) came up with the definition that is the title of this post. What should we understand it to mean? Everyone will have his/her own take, but I subscribe to the sense conveyed by a separate observation made by Ms. Salzburg, that goes to the heart of what so many skeptics misunderstand, about both mindfulness and meditation.

Among other things, they both engender degrees of compassion– both for others, and for ourselves. And, to cite the Salzburg quote that puts the misperceptions of so many others, in perspective: “Compassion doesn’t mean we don’t fight. It means we don’t hate“– if only more law firm managers (and clients) understood that, the world of law would be a much different place!

You mean we can fight, without hating our opponent? We can be mindful– maybe, even meditate– without becoming “soft”, or hugging a tree and singing kumbaya?  You mean we can believe, or engage in that touchy-feely stuff, and still be a competent, effective professional? In a word– “yes”.

Taking everything personally and converting it into action, word or deed may be an easy way to get one’s self worked up on behalf of another (a client), but it’s a short-term strategy that often leads to a knee-jerk reaction, rather than a balanced response.

As the Austrian psychiatrist (and wonderful humanist), Viktor Frankl, once wrote: “Between stimulus and response, there is a space. In that space is the power to choose our response“. Respond, rather than react– sounds like a lesson that should have been learned, long before law school.

It’s called disagreeing, without being disagreeable! 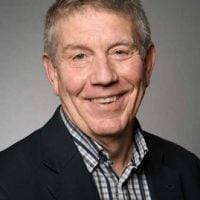 Jeff is a recently retired lawyer of almost 40 years and founder of The Mindful Law Coaching & Consulting Group. He is a former chair of the Chicago Bar Association (“CBA”) commercial litigation committee and the founder of the CBA Mindfulness and the Law committee. Jeff was also the initial vice-chair of the LAP-sponsored Illinois Task Force for Lawyer Well-Being, and has addressed numerous legal organizations about mindfulness and meditation for lawyers. He is also a regular meditator, trained in the Vipassana tradition.